Liposuction without a scalpel 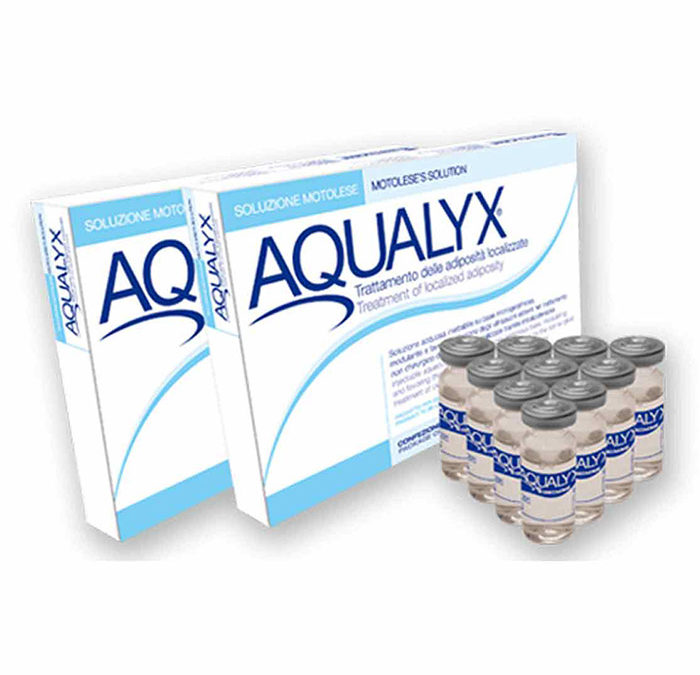 It is the only safe non-surgical method for treating local fat in problematic areas such as: chin, arms, waist, waist, hips, loins, thighs, knees.

Aqualyx contains deoxycholic acid, a bile acid species. With the help of bacteria, our body is able to produce the particular acid itself in the liver, in order to burn fat.

Aqualyx fluidizes the fat cell, destroying it permanently, releasing the lipids which are then excreted naturally through the lymphatic system. It contains Deoxycholic Acid, a kind of Bile Acid.

This active locks on the adipocyte barrier and acts. It releases the fatty acids from the stored fat cells. Cellular debris is removed and unbound fat cells are metabolized and converted into energy.

The drug is injected directly into the subcutaneous adipose tissue using fine, flexible needles. As the fat tissue has almost no sensation, the treatment is painless.

Aqualyx is the only FDA-approved solution for lipodilution.

After each treatment, patients may expect partial redness in the area, which will be gone after four to six days. The results are obvious in just a week.